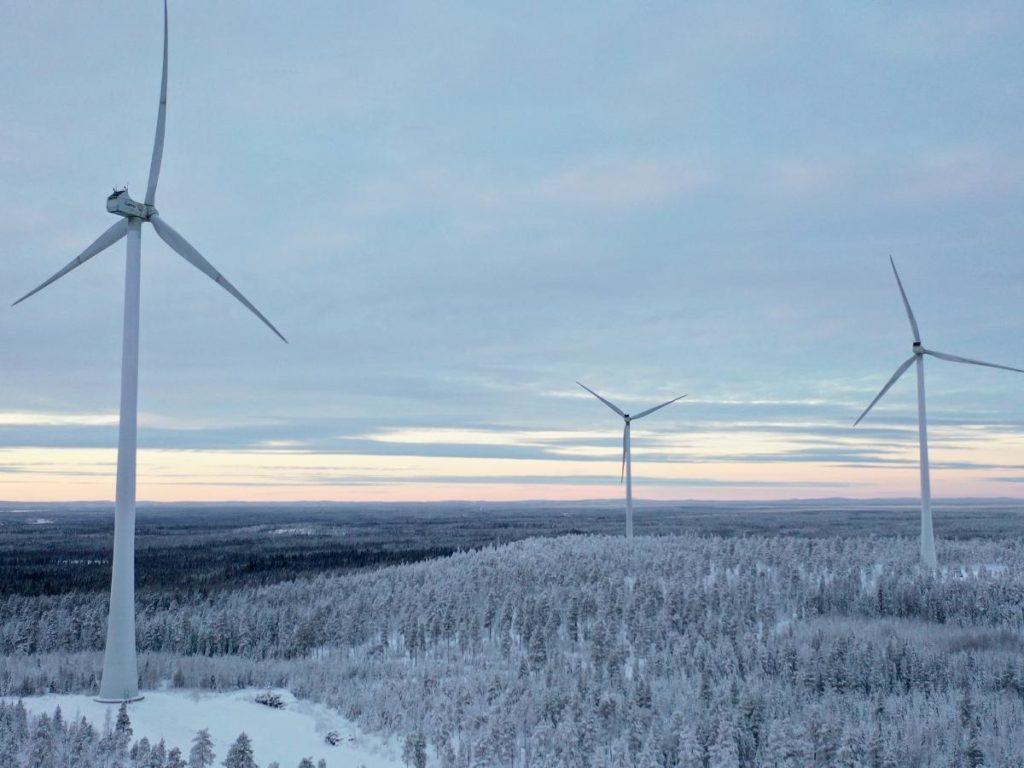 In practice, the return of Visit Ranua means that initially the companies joining will be gathered under the same domain and Visit Ranua will be responsible for the main regional marketing and tourism-related communications.

In addition, future plans include bringing together all the tourism products and services involved in the locality under one common sales channel. In addition to the online store, the Visit Ranua website will be redesigned. The project will also employ at least one additional person in the future.

The return of Visit Ranua is a much-needed addition to local tourism, as in the last less than two years no actual joint marketing has taken place at Ranua at all, and all individual companies with limited resources have had to sell and market completely independently.

On the tourism side of Lapland, large regional organizations, such as Visit Levi, Visit Rovaniemi and The House of Lapland, have long shown on a practical level how much regional co-marketing can also help individual companies. Of the accommodation companies in Rovaniemi, Arctic TreeHouse Hotel, for example, has become one of Finland’s biggest tourist attractions due to international media attention, and the same applies to Levi igloos, for example.

Many thanks go to the knowledgeable regional organizations, which aim to carry out joint marketing and sales for the entire region and the companies located there.

Ranua is currently one of the few travel destinations in Lapland where there is no Visit organization specializing in joint marketing.

In addition to the renovations related to Visit Ranua, Johanna Koivunen, CEO of Ranua Region Tourism, also spoke about the new investment needs of Ranua Zoo, which are largely related to the renovation sites in the park area and the hotel planned in connection with the park.

The Suhanko mining project, which has been planned for Ranua for decades, is currently in a strong tailwind. The mining company Arctic Platinum is currently preparing a more detailed support study for the project.

“According to the preliminary support study, five million tons of ore would be mined and enriched in the mine, and after a few years the amount would rise to ten million tonnes a year, ie the mine would be in Sodankylä’s Kevitsa class,” said Juha Rissanen, Arctic Platinum’s project manager.

The most important and valuable ore found in Suhanko is palladium, which is mainly used to make automotive catalysts. Demand for palladium, and with it the market price, has risen sharply worldwide. The same goes for the copper found in Suhango.

In addition to copper and palladium, platinum, nickel and gold would be mined from Suhango.

The plans for the Suhango mining project are to build a more than 40-kilometer-long pipeline to the mine’s demolition waters, which would lower the Ossauskoski rapid in Kemijoki river. The electricity connection to the mine would be drawn from the Petäjäkoski power plant.

In addition, many kilometers of new road will have to be built for the mine, at an estimated cost of around six million euros. An ore concentrator would also be built in the area.

The plans are to create three opencast quarries in Suhanko in stages, ie to move to a new quarry at the stage when the previous quarry has been emptied or when the side rock area is filled. Restoration work on the mine site will begin as soon as the previous site has been excavated. Each quarry would have side rock disposal areas and tailings ponds.

Licensing matters for the Suhango mining company have come a long way. Erkki Kantola, the company’s environmental manager, said at Ranua’s major projects that the company is applying for permission to start work, even if the decisions are appealed.

– Financiers could make an investment decision already after the end of summer or the beginning of autumn 2023, Kantola adds.

The total cost of building the mine is estimated at several hundred million euros, but an exact price tag for the project does not yet exist.

– The exact figure has not been told, because the feasibility study is in progress, Rissanen said during his presentation.

In addition to the mine, wind power to Suhanko?

In addition to the mining project, another oral project is also planned in Suhanko: a wind farm, the design of which can be found in Suhangon Tuulivoima Oy.

In the past, less than 40 wind farms had been tentatively planned for Suhanko, but according to current data, the number is still slightly smaller.

– When the environmental impact assessment is carried out, the number of mills will be reduced to an estimated 25 to 30 wind turbines, said Harri Ruopsa, Project Development Manager at Suhangon Tuulivoima Oy.

There are both private and single common forest lands in the area of ​​the planned wind farm.

– Land leases have now been concluded in well over 2/3 of the area. The number of contracts is already so significant that the project could be taken forward.

Wind power has sparked a lot of active debate in Ranua for years, and one of the concerns that emerged during the major projects was how reindeer adapt to living with wind farms.

– I believe that wind farms can be reconciled with reindeer husbandry. For example, it requires a reduction in the number of power plants, Ruopsa comments on the matter.

Suhangon Tuulivoima Oy has already had time to submit a zoning initiative to the municipality of Ranua. If the initiative is approved, the project will proceed to the actual zoning. The fate of the zoning initiative will be decided in due course by Ranua Municipal Council.

The erection of wind turbines does not take place in an instant, but the earthworks are estimated to take a year and a half and the erection of the mills themselves takes half a year or more, depending on the circumstances. Building foundations also takes time. It would be possible to start generating electricity itself in approximately five years.

In terms of the employment impact of mining, as well as new housing, the belief that Ranuan would benefit from the project for both the business and the municipality is believed.

– The project is more than 200 million euros in size, so part of it will certainly be split for local companies as well, Ruopsa said.

In addition to Suhangon Tuulivoima Oy, which has already been on display, at least Megatuuli Oy, St1 and Metsähallitus have been interested in the Ranua wind power project. The goal of each of these has been to set up dozens of mills in Ranua. The growing enthusiasm of wind power companies is part of a larger whole and an ongoing trend towards a gradual shift from fossil energy sources to renewable and more environmentally friendly forms of energy.

Are all projects suitable for one town?

In Ranua, it has also aroused great thought whether it is possible to accommodate windmills, mining and clean nature for tourists from all over the world in one place – known for its tourism.

– It is not impossible to get tourism, reindeer husbandry and new green energy to work, but this topic still requires discussion and a closer eye to ensure that everyone’s interests are taken into account, concluded Tuomas Aikkila, Ranua’s new municipal manager.

The discussion also took place in other respects during the event, with a good consensus on both the speakers at the event and the generous audience. The event was attended by 55 participants, in addition to which the live broadcast on the Kuriiri Facebook page was watched by a maximum of 101 spectators.

In addition to the people already mentioned, Heikki Kuusela, chairman of Ranua Entrepreneurs Ry, Jari Ranua, curator of the discussion, and Mika Riipi, director of Lapland, spoke at the event.

Tuomas Haapala works as a Digital Marketing Specialist for Arctic Guesthouse & Igloos. He was born and raised in the town of Ranua and has been working in the tourism industry in many different roles and occasions since 2007 and this is why he is also an expert of Finnish Lapland travel.
All Posts 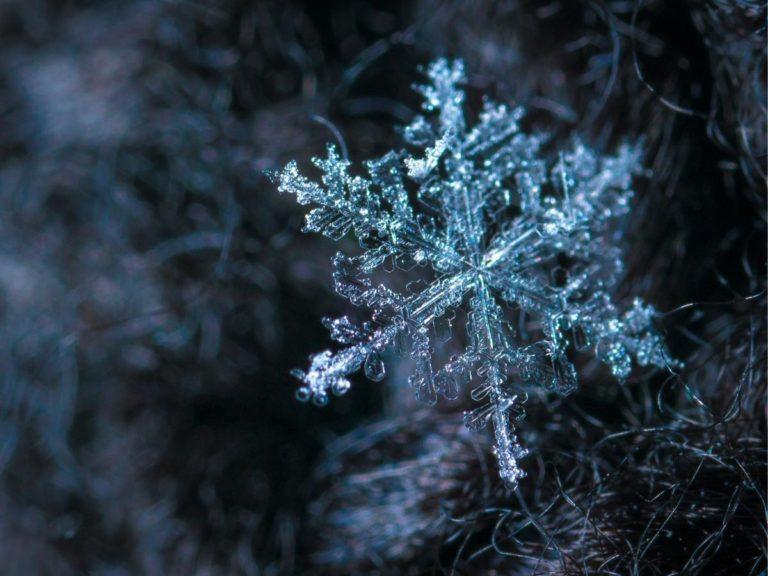 Story of the world’s largest snowflake – facts about snow

Lately we have been covering lot of stories related to winter in Finland. This time around, we will be sharing something different, as it is time to tell a very interesting fact related to snow (which is an important aspect in the travel industry of Finland): the story of world’s largest snowflake. 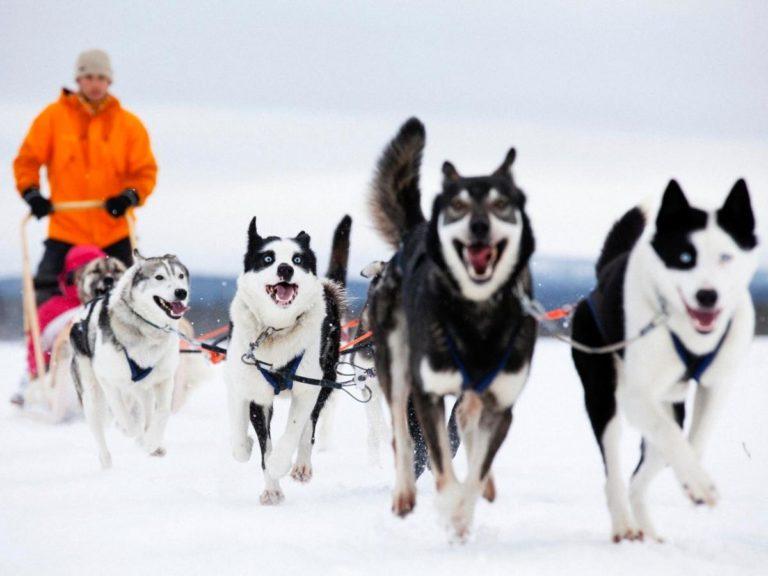