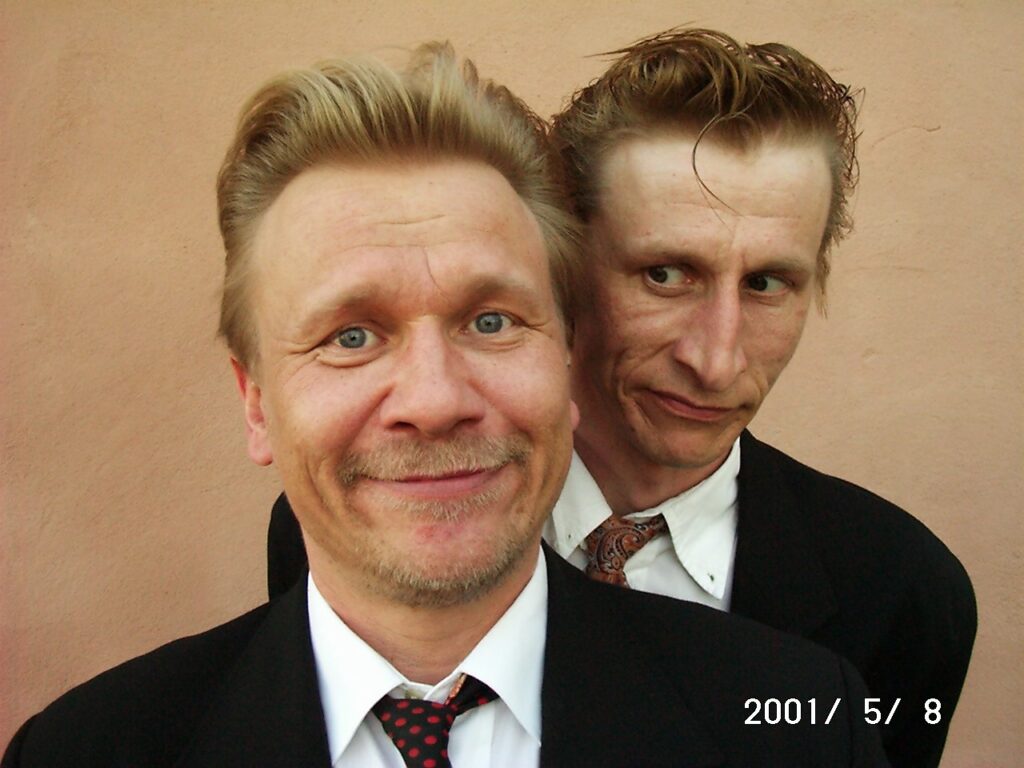 1. The famous actors and musician brothers Ilkka and Pertti Koivula were born in Ranua. Younger of the brothers, Ilkka has been seen in many big movie roles to this date and the older borther Pertti, on the other hand, is the voice actor of Dacia car commercials.

2. Orienteering was active in Ranua, especially between the 1970s and the 1990s. Erkki Itkonen started the orienteering boom in Ranua and Martin Saarinen, who won his Finnish Championship gold during his career, continued the operation. Ranua also hosted annual national orienteering competitions, the largest of which was the 1981 Finnish Sports Association’s Finnish Youth Championships in Nikkilä, which had almost thousand participants.

4. Among artists born in Ranua, it is also worth mentioning e.g. resitation artist Matti Kaarlejärvi, whose merits include e.g. the victory of the national poetry competition and Siiri Niemelä, who has reportedly been the subject of a university-level artist survey as the only artist in Finland.

5. Seppo Harjumaa, who is also known as a talented runner and athlete, made the news thanks to his passion running passion in 2017. Namely, Seppo has been running a run of at least five kilometers continuously ever since October 27, 1993. In addition to his running achievements, Seppo has written e.g. a book about the history of our local sports club Ranuan Peura.

Places and attractions in Ranua

6. Peura sports hall, also known as Peuransarvi was built in 1974.

7. Films have been shown in Ranua both in Peuransarvi and in an our old secondary school’s cinema, which was called Kinora.

8. One of the first small breweries in Finland to operate a brewery in the 1990s in connection with Hotel Ilveslinna. The brewery produced beer called Ilves (Lynx), which was sold for example in Urho’s pub in Helsinki. The main idea of the company came from Jyrki Isojärvi. The Ranua’s Brewery staff was trained by Jim Price, a Canadian brewery master from Molson Brewery.

10. Ranua Dairy, located on the shores of Lake Ranuanjärvi, was founded in 1965.

11. The village of Nuupas, located about 14 kilometers north of Ranua town center, once had a customs office, which also worked as a kalakaani changing location. The Keränen house in Nuupas also housed a tavern.

13. In the previous text, we mentioned a few bands and artists that have performed in Ranua during the years. Additions to this long list are for example Pelle Miljoona, Maukka Perusjätkä, Eput, Mapple Cross, Matti Nykänen, Hanoi Rocks, Bogart Co, Broplems, Mika Sunqvist, Eini, Arttu Suuntala, Annikki Tähti, Jukka Raitanen, Souvarit, Eero Aven, Esko Rahkonen, IC-Rock, Anita Hirvonen ja Neutral 13 . In previous decades the Peura Sports Hall was also visited with bus transports organized separately from the surrounding municipalities, which tells its own story about the popularity of these performances.

It is also worth mentioning that for the Bogard Co gig, the stage of the Deer Horn had to be built four times larger than usual. Hanoi Rocks, on the other hand, also took their performance in terms of sports, as the gentlemen of the band embarked on a high jump at the Peura Sports Stadium.

14. In addition to Cheek, Diandra and Jonne Aaron performed at the 30th anniversary celebrations of Ranua Zoo.

15. In connection with The Bold and the Beautiful mentioned in the previous text, Teri Ann Linn “Kristen Forrester” visited Ranua in the early 90’s and performed in Peura after the release of her first album. Linn featured Finnish dancers in her concert and one of them was Tino Singh.

16. Peuran Sports Hall attendance record was made in 1st of June 1974, when Jukka Kuoppamäki, who appeared at the opening, was watched by as many as 1,540 pairs of eyes.

17. Music and dances have also been enjoyed at the Portimo Village Society House. When Erkki Junkkarinen performed at the village house in the early 1970s, a total of more than 700 tickets were sold and some of the crowd arrived from Sweden.

18. In addition to RynkkäRock, Ranua has also hosted a rock music event called Ranua Rock in the 1980s.

19. On the motorsport side, one of the most significant is the 1988 motorcycle competition called TT Race. The route of the racing ran through the center of our town and the roads to the town were blocked for the duration of the race.

20. The Finnish Wilderness Hiking Championship competition was held in Ranua in 1990.

21. Ranua Horseraces, arranged by the Ranua Horse Friends Association, has been held in our town 29 times. Earlier in the winter, the race were run on ice of Kuusijärvi and in the village on the shore of Ranuanjärvi Camping, until in 2009 the competition was moved to the newly built land track along Heinisuontie.

23. The first four-stroke snowmobile, called the Raikuli, was invented and built in Ranua.

Finally, I would like to thank all the people who have given me tips and ideas on the text. There have been a lot of these both through Facebook and through the contact form found in the previous text. I’d also like to give a special mention to Pertti Koivula  for the picture given in the story. This is perhaps the only easy-to-find joint picture of Koivula actor brothers, and it was a perfect choice as the main image of this second part.

As the second part is only a good 20 points long, this is definitely a list that I will be happy to add in the coming days, weeks and, why not, even months. You can submit your own suggestions and tips via the contact form below. While waiting for updates, please also remember to check out our other blog posts.