Good news from Ranua: the cloudberry blossoming has started 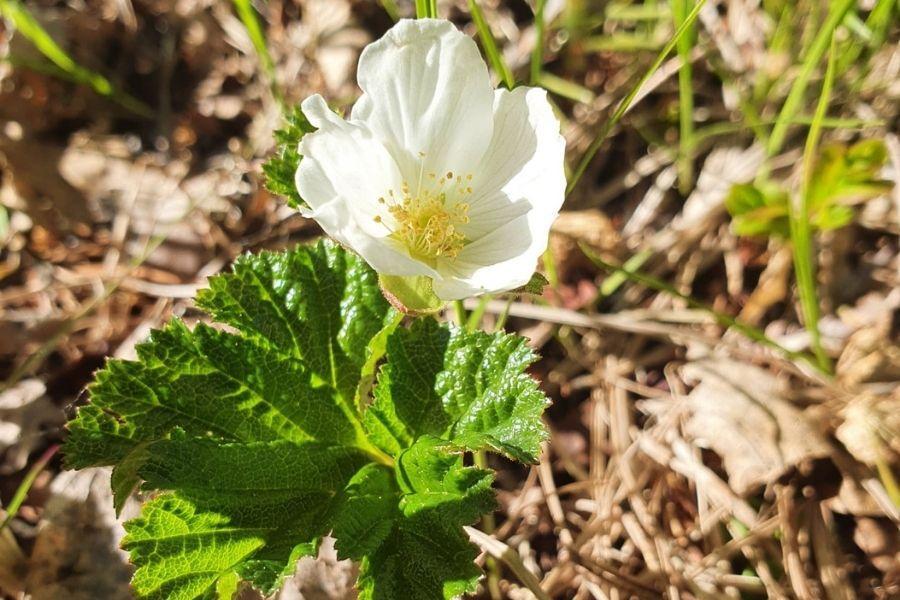 Cloudberry blooming has started in Ranua

Cloudberry blooming has started in Ranua. Warm weather has accelerated the blossoming of the highly valuated berry.

– Blooming expands over the weekend as the warm weather continues. Now it is looking good, because there are pollinators on the move as well, says Reijo Sääskilahti, an entrepreneur who buys and sells cloudberries in Ranua.

Sääskilahti has been observing the blooming of cloudberry in the swamps of Ranua for decades. According to him, the time of flowering of the cloudberry is quite normal when compared to previous years.

Last year, the cloudberry harvest in Ranua was very good in many places. However, it is still too early to make any kind of predictions about the harvest in southern Lapland this year.

– It usually takes about six weeks from flowering to ripe berries, but this time period can vary up to a week. Many things need to be put in place for a successful harvest: good flowering, warmth, no frost and enough pollinators, Sääskilahti says.

The first cloudberry harvest forecasts have usually been made around Midsummer.

In recent years, cloudberry harvest has become ripe in southern Lapland by mid-July.

– Last year, we started buying cloudberry in Ranua on 14th of July. and the previous year on July 20th.

A year ago, Yle reported about cloudberry blossoming in Ranua for the first time on 3rd of June, which is almost exactly the same date as the first news on the subject was published on the Ranua municipality’s website this year.

In previous years, hilla has bloomed much earlier in Ranua. 2019 flowering was observed on May 20th and in spring 2018 on May 28th.

The later blooming can be beneficial for the berries as the probability of night frost is getting lower as the summer in Finland progresses.

The weather in particular plays an important role in the flowering and ripening of the cloudberry. The fate of cloudberry harvest is much in the hands of the night frosts. Cold nights have taken away much of the harvest in many years and this is always a fear that people in Finnish Lapland are facing.

Another factor threatening the cloudberry harvest comes in form of rains. Heavy rains can be detrimental to the flowers of the cloudberry and the same applies to excessive drought.

If you are interested in cloudberry picking, you could read more about in one our previous blog post, where we discuss Ranua’s summer vacation activities in more detail. You will also find a separate section devoted to cloudberry picking in Ranua.