Share on whatsapp
Share on facebook
Share on twitter
Share on linkedin
Share on email
The Ranua Cloudberry Festival could certainly be considered the most significant single event in our locality. Organized for the first time in 1974, the event first started modestly, mainly aimed at the municipality’s own sellers, but it soon became clear that the event would be very easy to grow into a much larger one as well. In this blog post, we get to know a little bit about the history of the festival. 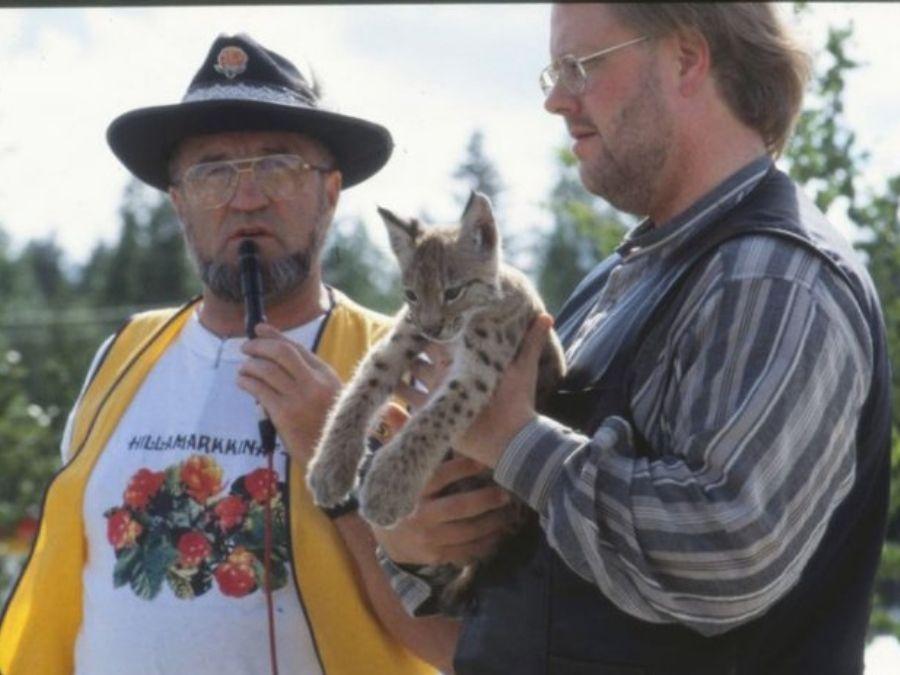 Development of the event

When the Ranua Cloudberry Festival was first held in the mid-1970s, Ranua initially imagined that it would be a small-scale event, mainly for the municipality’s own vendors. In the beginning, sellers from elsewhere were not even accepted into the event, but instead Ranua went strongly on its own. However, the first arranged festivals already showed that the event would be easy to implement on a larger and provincial basis.

The event is traditionally held in the courtyard of the Peura Sports Hall on the first weekend of August and is organized by Lions Club Ranua. Previously, the yard of the commercial building found on Keskustie has been the venue for the Clouberry Festival.

Over the decades, many side events have been created around the Ranua Cloudberry Festival, of which the traditional Cloudberry dance event inside the sports hall on Saturday night and the Hillabalooza beach volley tournament on the shores of Lake Ranuanjärvi in Ikosenpuisto on Friday, which was conceived and arranged by Mikko Pulju and Heikki Kuusela, have kept their place as annual side events.

Visitors all over Finland

Market vendors, who have been there for many years for many years, arrive in Ranua all over the country. The same fact applies to visitors of the Cloudberry Festival. A study on the subject has also been carried out by the University of Lapland. According to the study, the majority of visitors to the Cloudberry Festival come from the Lapland region, but Uusimaa is second on the list. This is also a good indication of the growing reputation of the event and the fact that it is indeed an event of interest throughout the country.

There are years in history when it has been difficult to get the cloudberry to the festival and this has also been reflected in the number of visitors. However, there has never been a year, when there are no cloudberries sold in Ranua during the event, and this is how the Cloudberry Festival has always managed to be an event worthy of its name.

In addition to cloudberry, various Market Vendors play an important role in creating the atmosphere of the event. There are also sellers in the cloudberry festival who have faithfully come to Ranua every year, even throughout the history of the market. This has created a strong relationship of loyalty between Ranua and the market sellers, which is likely to arouse respect.

The traditional Cloudberry Festival in Ranua has had to be cancelled in the last two years. In the summer of 2021, however, Ranua decided to organize a smaller Mini Cloudberry Festival. Instead of the normal event, this year’s mini festival was held in a place that was slightly more suited to the theme of the event, i.e. Ranuan Hillatori (Cloudberry Market).

Although the Mini Cloudberry Festival gathered quite a nice number of people to visit the area, it is hoped that in the summer of 2022 we will be able to return to normal times and continue the tradition of this famous event.

About the subject: Ranua Cloudberry Festival Facebook page | Images from the past years