The scientists finally know what causes the Aurora borealis

Share on whatsapp
Share on facebook
Share on twitter
Share on linkedin
Share on email
Northern lights are one of the main reasons, why so many travelers want to visit Finland in the darker seasons and especially winter. But what are the reasons behind aurora borealis and what causes them to appear? Scientists have long speculated about what causes this specific light phenomenon that occurs in the Earth’s polar regions. Now the reason has been found for sure. 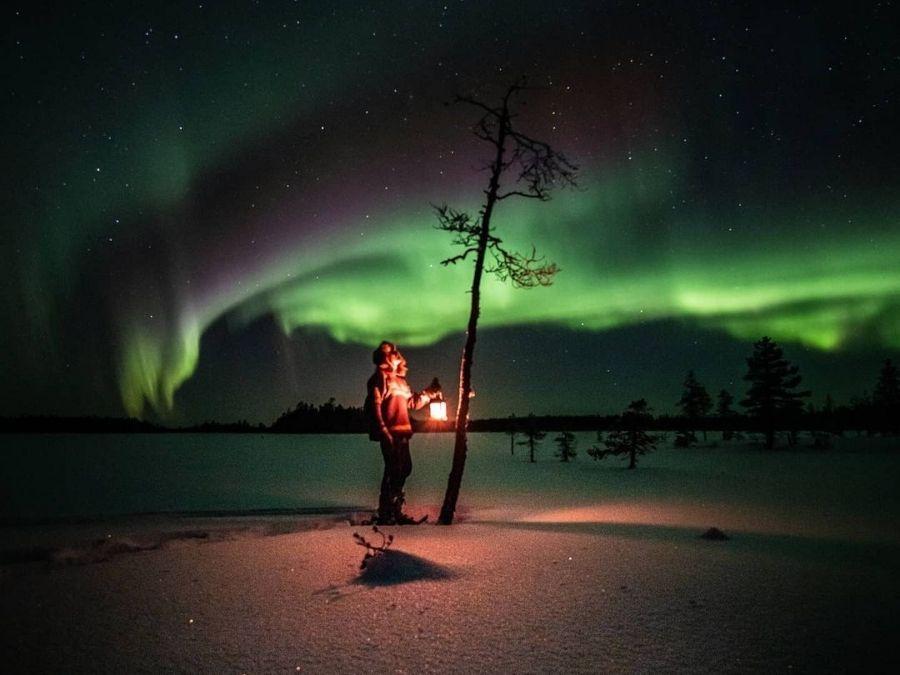 The reason behind Aurora borealis

Articles published in many different sources earlier this month are suggesting that the natural light show, known as the Aurora borealis, starts when disturbances of the sun hit Earth’s magnetic field. That creates cosmic undulations known as Alfvén waves that are launching electrons at high speeds into Earth’s atmosphere where they create the aurora.

“It was sort of theorized that that’s where the energy exchange is occurring,” told Gregory Howes, an associate professor of physics and astronomy at the University of Iowa. “But no one had ever come up with a definitive demonstration that the Alfvén waves actually accelerate these electrons under the appropriate conditions that you have in space above the aurora.”

How does the Aurora borealis form?

The sun itself is volatile, and violent events there such as geomagnetic storms can transport out into the universe. In some cases, the sun’s disturbances are so strong that they actually hit the Earth’s magnetic field like a rubber band, moving it away from our planet.

But, like a tensed rubber band, when it is released, the magnetic field also snaps back, and the force of the recoil caused creates powerful ripples known as Alfvén waves that are about 80,000 miles from the ground. As those waves get closer to Earth, they accelerate even faster thanks to the pulling power of Earth’s magnetic field.

On the same space highway electrons are also traveling towards Earth but slower than the Alfvén waves. Sometimes electrons kind of hitch a ride on the superfast Alfvén waves, which leads them reaching speeds as high as 72 million kilometers per hour as they a hurtling forward towards Earth.

“Think about surfing,” said Jim Schroeder, an assistant physics professor at Wheaton College and lead author of an article on Nature website. “In order to be able to surf, you need to paddle up and reach the right speed for an ocean wave to pick you up and accelerate you, and we found that electrons were surfing. If they were moving with the right speed relative to the wave, they would get picked up and accelerated.”

When the electrons reach Earth’s fairly thin upper atmosphere, they end up colliding with nitrogen and oxygen molecules, sending them into an excited state. These excited electrons eventually calm down and release the light that we will seen as aurora borealis also known as the northern lights.

What did the experiment prove?

While scientists had already assumed for decades that Alfvén waves were responsible for speeding up the electrons, the laboratory experiment conducted has finally provided the definitive proof about Aurora borealis that many people have been waiting for.

“Nobody had actually ever measured this before between electrons and Alfvén waves,” Schroeder told to NPR.

The researchers were using the Large Plasma Device at the Basic Plasma Science Facility at the University of California in Los Angeles to re-create this interaction between Alfvén waves and electrons.

Such a study would have been impossible to conduct in space, because researchers are not able to predict when aurora will occur and therefore would not have been able to account for other factors in the cosmos.

The researchers also suggested that their findings can help understand more broadly how particles are energized as well as giving a clearer picture of how events on the sun affect space near Earth as well as the technological infrastructure we have there, such as satellites or space shuttles.

For Schroeder himself, there is another much simpler benefit from this kind of research.

“This appeals to our sense of awe and wonder,” he said. “We have been captivated by auroras for thousands of years, looking at the night sky and appreciating their beauty. And I’ve always found that understanding more about how something is created enhances my appreciation of that beauty.”

This is also great information for the tourism industry close to the Arctic Circle, as we are finally able to give a definitive answer for people asking us about the Aurora borealis. Before, we have had strong assumptions but this time we actually have a study to back our word.

If you enjoyed this story and would like to know more about Aurora borealis, I would recommend you to check our ultimate northern lights guide, which give you more comprehensive information about this stunning natural phenomenon of Arctic Circle.