Share on whatsapp
Share on facebook
Share on twitter
Share on linkedin
Share on email
Even though Finland has been chosen as the happiest country in the world four times in a row and featured in many major international medias during the last couple of years and for many different reasons, there are still multiple frequently asked questions that people from abroad are asking us. In this blog post, we will answer more than ten of these. 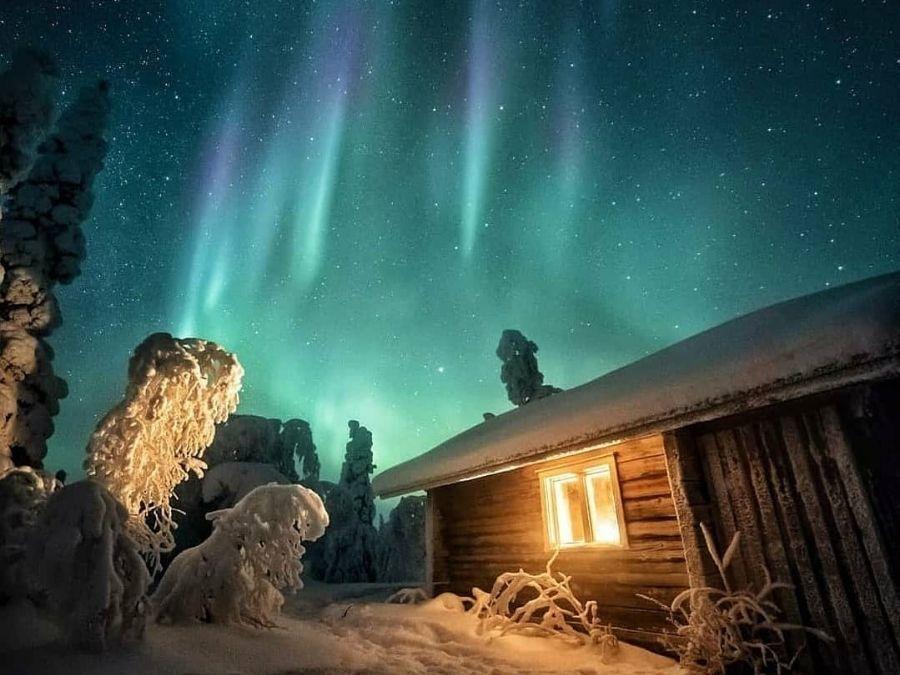 Who was Tom of Finland?

Tom of Finland (Touko Valio Laaksonen, born on May 8, 1920, in Kaarina and died on November 7, 1991, in Helsinki) was a Finnish homoerotic visual artist and cartoonist, whose production had a significant impact on the gay culture of the late 20th century.

Tom of Finland is still one of the most well internationally known Finnish visual artists. The artist name of Laaksonen comes from the pseudonym that he used in 1957 to draw for the American gay-oriented Physique Pictorial bodybuilding magazine.

Tom of Finland’s cartoon characters of sailors, motorcyclists, loggers, and men dressed in leather created a new kind of image of a masculine gay man. Members of Village People and the lead singer of Queen, Freddie Mercury, among others internationally famous people, took inspiration from the drawings for their external being.

In September 2014, Finnish Post published a Tom of Finland miniature sheet with three 1st class stamps. The publication of stamps caused a stir both in our country and abroad. Many larger international medias, such as Time, The Guardian, BBC, and The Washington Post also wrote about the subject.

Thanks to the big media attention world-wide, the Tom of Finland stamps have been mentioned as the most popular in the history of the Finnish Post, who have told to have received more international attention than any other stamp in the world before. Stamps were pre-ordered for 178 countries.

What does the government of Finland give to all new mothers?

Finland has a maternity grant for new mothers for more than 80 years now. This grant can be according to your choice either of the baby box (äitiyspakkaus) or a fixed sum of money, which is also free of taxes. The baby box consists of baby clothes and baby care articles.

Most mothers choose the baby box because it is both worth more financially and because it also makes things easier for new parents.

The maternity package is renewed every year based on, among other things, customer feedback. The box holds inside more than 50 products in total and most of the products are the same each year. A full list of items inside the package can be found on Kela website.

What time is it in Finland?

Finland also uses the summer and winter time, which means that we are moving the clock backwards for one hour in October and on the other hand again forward at the end of March. You can check the current time in Helsinki on timeanddate.com website.

The anwer to this question could actually be quite comprehensive. Finland has four easily detectable times of the year and the northern part of our country actually has eight of these. The weather in our country also varies a lot. In winter, especially the northern parts of the country can reach up to minus 40 degrees minus in Celsius and in summer the temperature can raise up to 35 degrees.

The population of Finland was about 5,5 million people in October 2021. Our population is in a constant growth, even though the rate of growth is probably now at its lowest in our history.

Statistics published in 2019 predicted that by 2031 the population of Finland will actually start to decrease. In 2018 population in Finland only increased in four provinces and in Åland Islands. The only mainland provinces that are expected to still be growing in 2035 are Uusimaa and Pirkanmaa, the former of which is expected to be the only province with a growing population five years later.

Is Finland really the happiest country in the world?

Finland was named as the happiest country in the world for a fourth consecutive time in 2021 by the United Nations World Happiness Report. Finland was accompanied in the top five by Iceland, Denmark, Switzerland, and the Netherlands.

When making their choice, the researchers pointed to Finland’s high level of trust among its population as being one of the reasons behind it topping the list for the fourth time in a row, “helping to protect lives and livelihoods during the pandemic”. The report also identified citizens’ confidence in their governments as being a contributing factor in explaining each country’s COVID-19 death rates.

The Finnish flag, also known as the blue cross flag (siniristilippu), is one of Finland’s national symbols. The flag has a navy-blue cross on a white background. This pattern is based on the Nordic cross flag, which is also in use for the flags of Denmark, Iceland, Norway, and Sweden.

There are at least seven official flagging days and 12 established flagging days a year in Finland. However, everyone has the right to fly the Finnish flag if they deem it appropriate. The national flag also serves as the national emblem for Finnish ships and boats.

Who is the prime minister of Finland?

Marin, 34 at the time, became the youngest sitting prime minister in the world at the time (Sebastian Kurz, a year younger, took office as Austrian chancellor a month later) and Finland’s youngest ever prime minister.

Marin’s election has garnered international attention: in 2020, Marin was selected by the BBC ‘s list of 100 inspiring and influential women, and in February 2021, Time raised her to the Time100 Next list for future influencers. CNN also published a story of Marin’s journey to the prime minister position in December 2019.

What language do you speak in Finland?

The reason to this is that both Swedish (one of the two official languages of Finland) and Russian belong to the Indo-European group of languages, while Finnish is a Finno-Ugric language, which include also for example Hungarian and many Sami languages. The Finno-Ugric languages on the other hand have been able to develop in their own locations for thousands of years, which is why for example Finnish and Hungarian language don’t resemble each other much anymore.

You can find more information about the history of Finnish language on This is Finland website.

Finland could be considered mostly as a flat country, with more than 70% of it covered by thick forest. Especially in the southern areas of the country, lakes are more common sight than land – so numerous that they have earned Finland the nickname “the land of the thousand lakes”. This – in fact – is an understatement, as there are a total of 188 000 lakes in Finland.

To the north of the Arctic Circle, the terrain rises into the hills and low fells of Lapland. The country’s highest point, Halti, rises to 1,328 meters, and is located on the edge of its border with Norway.

The Aland Islands (archipelago) sit in the middle of the Gulf of Bothnia, located between Finland and Sweden. It contains almost three hundred islands (80 inhabited), and over 6,000 small (tiny) rocky islands.

Directly east, in the Archipelago Sea and merging with the Aland Islands and Finland’s southwestern coastline stand tens of thousands of islands, mostly small, with some of the larger ones inhabited.

The Finnish map is also known as The Maiden of Finland (Suomi-neito). This is because with a little imagination our map looks like a female form, which has one hand raised (and another before the Moscow Armistice of 1944), a head, and a skirt.

This metaphor is so commonly used that the north-western areas of Lapland around Enontekiö are known as the Arm (Käsivarsi) even in official contexts.

Where is Finland located?

Finland is located in the northern part of Europe continent, between Russia and Sweden. Our country shares borders with Russia in the east and Norway and Sweden in the north-west. We also have a long coastline in the western and southern side with Gulf of Bothnia and Gulf of Finland respectively. We are one of the Scandinavian countries.

What is the capital of Finland?

Before Finland’s independence, in 1809 the city of Turku became the seat of the central government of the Grand Duchy of Finland, the capital of autonomous Finland. Due to its historical position, Turku already had important agencies. However, the capital was moved to Helsinki in 1812 because, according to Emperor Alexander I, Turku was pro-Swedish and too close to the former motherland of Sweden.

Where is Lapland of Finland?

Lapland covers almost half of Finland’s total acreage. The area of ​​Lapland is 100,367 km². It is bordered on the north by the provinces of Tromsö and Finnmark in Norway, and in east by the Murmansk region of Russia and the Republic of Karelia, on the south by the province of Northern Ostrobothnia and on the west by the province of Norrbotten in Sweden. The border rivers are the Tenojoki River on the border with Norway and the Muonionjoki and Tornionjoki rivers on the Swedish border.

Lapland is located approximately between the 66th and 70th latitudes. Thus, most of Lapland is to the north of the Arctic Circle. The city of Rovaniemi is often named as the unofficial capital of Finnish Lapland.