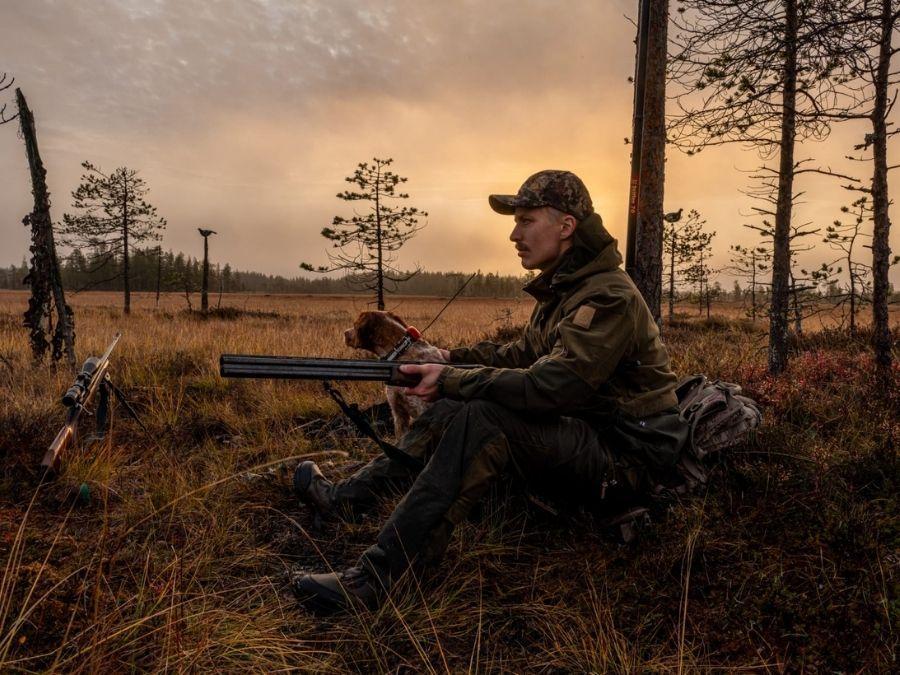 As its name suggests, Lapland Adventure & Hunting offers a variety of adventure activities for both domestic and international travelers. The program services include hunting and fishing trips mainly in Ranua’s local areas and water bodies, the rental of fatbikes, which have become very popular in recent years, and various guided hiking and trekking trips in Ranua, Posio and other nearby areas. During the early autumn, it is also possible to go on Northern Lights photography trips either by rowing boat or hiking in the guidance of Ilpo.

Lapland Adventure & Hunting also offers activities for the winter season. Immediately after the arrival of the snow and ice covers, it is possible to go snowshoeing, skiing, ice fishing and fat biking with Ilpo. In addition to more active programs, it is also possible to go on landscape photography trips with Ilpo. These journeys are arranged for example to the magnificent landscapes of Riisitunturi in Posio.

Back home through the bends

Ilpo Leppänen is originally from Ranua and his dream has been to get to do something that he himself loves to do in his spare time. For this reason, Ilpo ended up studying to be a nature guide in 2015. The goal at the time was to get to do the work of dreams in those landscapes that had so many times made the mind of a man who enjoys nature relax and gave joy and energy to coping in working life. The ideal place for this was the dear birthplace, Ranua.

For Ilpo, the original plan was to come to work in Ranua as early as 2015, but at this point, fate intervened in the game quite nicely, as Ilpo found a nice woman during a wedding party in Canada. This same woman also became Ilpo’s spouse and Canada turned into a home for the next three years.

Throughout his stay in Canada, however, Ilpo’s dream remained that if he would return to Finland with his family one day, he would like to get to do this work, which he knew would bring joy not only to himself but also to the people who could experience it in the roles of customers. from which he himself has been able to draw joy and endurance in working life. In Ilpo’s own words, nature is a medicine that is not available in any store. This medicine can only be obtained by experiencing things yourself in a small locality in southern Lapland of Finland.

Ilpo’s goal is to offer travelers around the world unforgettable experiences in the middle of the most beautiful nature of southern Lapland through his activities. Ilpo hopes that this will also increase the awareness of southern Lapland among tourists.

Ilpo’s long-term goal is also to get jobs created above all in such a way that for the employee working for him, the work itself does not even feel like work, but that the work progresses in a good mood, enjoying together with customers and having fun.

Ilpo’s own motto is: “When I walk in nature, it gives me a lot. So I have to respect nature and from there, if I get something, it will be used on a sustainable basis. ”