Polar night – one of the many faces of the Finnish winter

Share on whatsapp
Share on facebook
Share on twitter
Share on linkedin
Share on email
Although we are only living the beginning of October, winter is already approaching Finland at a rapid pace. One of the most well-known natural phenomena in Lapland’s winter is the polar night, which could be considered the opposite of our summer’s nightless night. In this blog post, we present the facts related to “kaamos” in a little more detail. 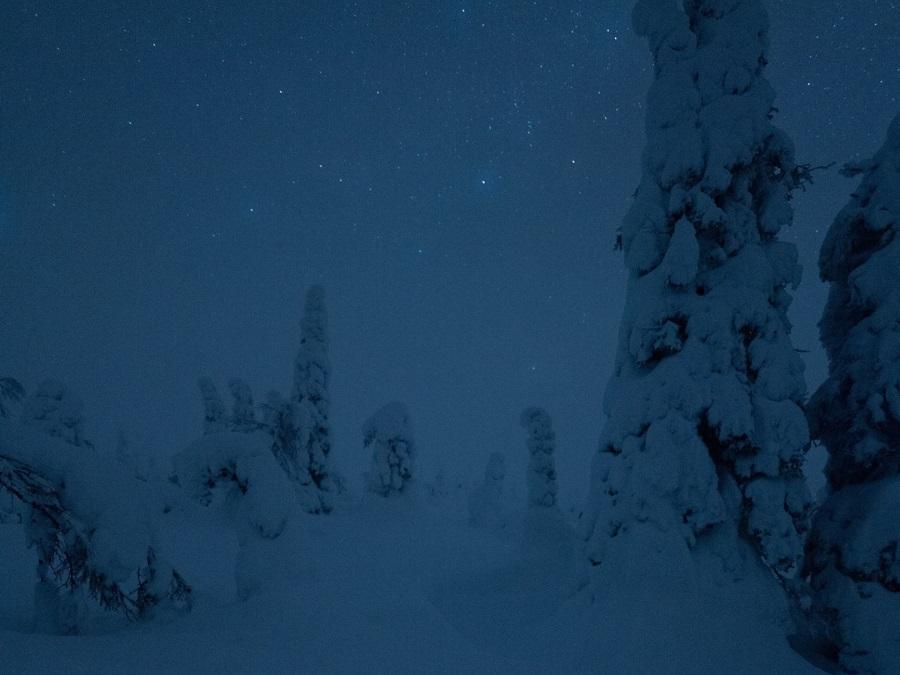 What does the polar night mean?

Kaamos is an annual period during which the sun does not rise above the horizon at all. The polar circle found at the height of Rovaniemi is a latitude circle that practically corresponds to the slope of the earth’s axis of rotation in relation to the sun and it also serves as the limit of this winter natural phenomenon.

The bend of the axis of rotation is also the reason why the annual cycle is divided on the Earth into different seasons. The different seasons are simply due to the fact that light is distributed differently across the ball between the seasons.

When does polar night start and how long does it last?

The farther north we go in our country, the longer the polar night lasts. In the northernmost parts of Finland – in Utsjoki and Nuorgam – the polar night starts at the end of November and lasts as much as 52 days. In southern southern Lapland, on the other hand, the polar night is considerably shorter and lasts only a few days. For example, at the height of Sodankylä, kaamos begins on December 20 and lasts for four days only. The duration of polar night in different locations can be viewed with Expedia‘s handy polar night counter.

The winter solstice is the mid-point of polar night

When talking about polar night, one cannot avoid talking about the seasonal depression (kaamosmasennus) related to it either. This seasonal phenomenon refers to a state of depression that strikes a person repeatedly, specifically during the dark winter months.

The symptoms of comic depression are usually comparable to those seen in other depressive conditions, such as sadness, anxiety, low mood, irritability, and loss of pleasure and interest. In addition, a person suffering from seasonal depression may feel feelings of worthlessness, guilt, and hopelessness.

A person suffering from seasonal depression is also characterized by an increase in the need for sleep and a decrease in physical activity. Eating habits can also change, and especially the amount of carbohydrate or starchy foods in the diet can increase. This can also lead to weight gain, for example. Unlike a normal state of depression, the symptoms intensify in the afternoons.

It is typical of this type of depression that the symptoms appear year after year at the same time of year, i.e. when the dark season arrives. Symptoms usually begin to appear as early as October and are most intense during February – March. In summer, the symptoms disappear.

Polar night is a great season for nature photographers 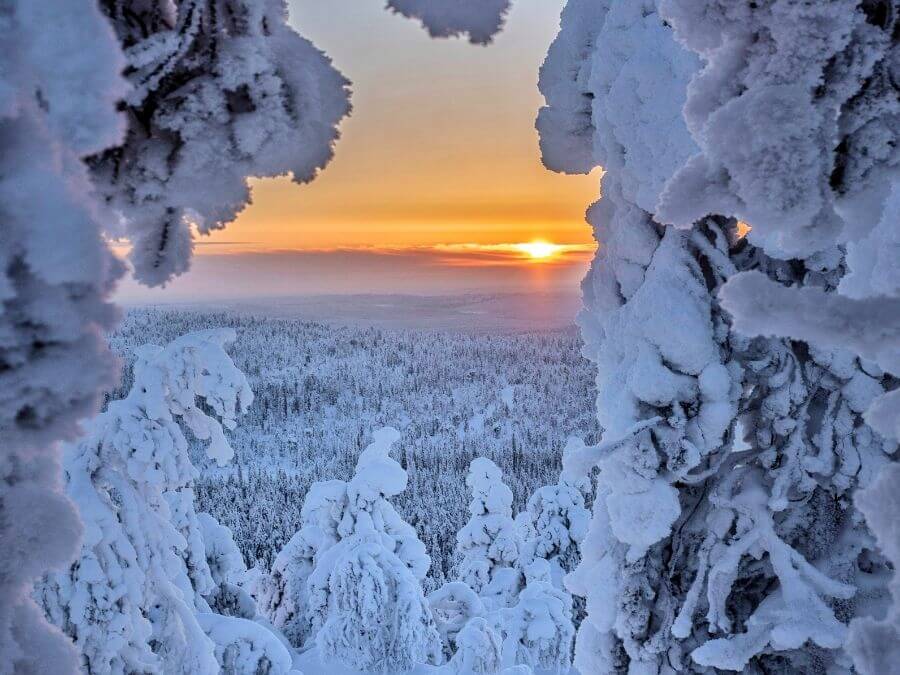 Kaamos is often mistakenly associated with the belief that people in Lapland are living in complete darkness in the midst of extreme sub-zero temperatures. In reality, however, it is a time when Lapland is admired for its various light phenomena, which are intensified when reflected in pure snow. When sunlight reaches the upper parts of the atmosphere, light comparable to sunset is created, and later at noon blue moments.

The northern lights, which are noticeable at their best in the afternoon during the dark night, create a magical atmosphere when reflected from the white snow. The excellent light-reflecting snow layer, for its part, makes the polar night a very fascinating time of the year.

A snowshoeing, hiking, or skiing trip in snow crown snow-load shelter landscapes, with the moon illuminated and northern lights fluttering in the sky, is an individual experience that is worth trying to experience at least once in a lifetime. It is very difficult to experience a more breathtaking nature experience in Lapland.

It is no wonder that in addition to the nightless night, the dark months of winter have also become a favorite season for many nature photographers. Namely, the best winter landscapes are captured during the middle of winter.

The wonderful winter nature is a good reason why so many people experience polar night time – instead of depression – in a very interesting and fascinating season.